The early history of Wighton 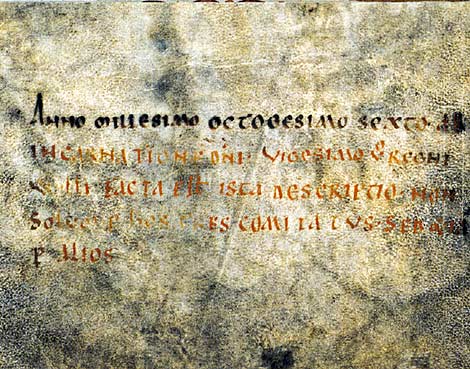 The Domesday entry for Wighton indicates a prosperous manor at the centre of the North Greenhoe hundred (one of 36 districts which made up the county of Norfolk). The manor was formerly held by King Edward the Confessor, then taken over by King William after the Conquest. It was valued at £24 and stood high in the list of royal holdings in Norfolk. The core of the manor's possessions consisted of 12 carucates of land (1,440 acres) - exceeded only by Methwold (20 carucates), Aylsham (16) and Happisburgh (13) among the king's Norfolk possessions. Significant holdings in neighbouring villages were also attached to Wighton: Houghton St Giles (four carucates and pasture for 1,000 sheep), Holkham (three carucates), Stiffkey, Hindringham, Quarles and Egmere (1/2 in each), Wells and Warham (one in total). Those holdings imply a manorial estate of 20 carucates (2,400 acres).

Though its location on the River Stiffkey would have given it access by water to the mouth of Blakeney harbour, Wighton's interests in Holkham appear to have given it potentially more lucrative and direct access to a sea port, though how important these outlying holdings were to the economy of the village itself I haven't yet established. It did benefit from what appears to be just a peppercorn rent from the 'great' fish market at Holkham - '4d per annum was paid for fish stalls to the Lord of Wighton'.

Wighton also had its own market which was first recorded 7 March 1201 when William de Ken - then lord of the manor - claimed that it was being damaged by the market of the Prior of Binham.

From the twelfth to the fourteenth centuries, Wighton manor was granted by the crown to a succession of aristocratic beneficiaries. 'Considerable parts of the demeans' appear to have been sold by one of those beneficiaries, William de Ken, at some point between 1212 and 1244. By 1337, when the Edward III granted Wighton to Henry of Lancaster, the manor was valued at £72 7s 6d. When Lancaster died in 1345, Edward gave Wighton to his queen, Philippa of Hainaut, and by 1372 it had become part of a lucrative clutch of possessions held by the Duchy of Lancaster in the north Norfolk and, as a result, formed part of the estates controlled first by John of Gaunt. It was then inherited by Gaunt's son Henry Bolingbroke (who became Henry IV), and by Henry V and Henry VI.